Home › Thoughts and News About the Practice

This past week I was honored to receive the Outstanding Section or Division Leader Award from the Federal Bar Association.  Presented during the FBA’s annual meeting (held this year in Tampa, FL), the award resulted from my on-going work as the chair of the FBA’s Civil Rights Section.  You can see a quick video of Nate Olin presenting the award (thanks Nate!) and a picture of the award itself below.  Thank you very much to everyone involved in the FBA for this award, but I’d especially like to thank Wylie Stecklow, the immediate past chair of the Section, for all the work he has put in re-invigorating the Civil Rights Section, and also Robin Wiley, the current chair-elect, for the support she’s shown me during my tenure.  And because the work of the Section is truly a team effort, I’d be remiss not to thank all of the other board members who have kept the Section active (Eric Foley, Steven Dane, Rob Sinsheimer, Kyle Kaiser, Eileen Rosen, Kevin Golembiewski, Caryl Oberman, Bonnie Kift, Lindsey Rubinstein).   Thanks to all.

In late 2018, Congress passed the First Step Act, which became law when the President signed it on December 21, 2018.  Although it is literally just a first step in the process of true criminal justice reform, the Act nevertheless contains a number of very significant reforms for people involved in the federal criminal justice system.  Here are a few highlights:

— The Act broadens the applicability of the “safety valve” provision in federal sentencing law, which permits courts to sentence some defendants to less than the mandatory minimum for their offense if the defendant meets certain criteria.  The new law allows some offenders with significantly higher criminal history scores to obtain the benefits of the safety valve provision in certain circumstances.

— The First Step Act prohibits “stacking” of 924(c) charges.  A violation of 18 USC 924(c) occurs when someone uses a firearm in the course of another crime.  A first offense has a mandatory minimum of 5 years, which must be served consecutively to any other sentence.  With a second offense, the mandatory minimum jumps to 25 years.  Under prior law, a person could be subject to the 25 year minimum if the government could prove the person had used a gun twice in two separate crimes, even if the person had not previously been charged and convicted of the first crime before they were charged with the second.  Now, there has to be a conviction for one 924(c) charge in a separate indictment before someone can be subjected to the enhanced mandatory minimum.  In other words, the enhanced minimum cannot be applied where the government “stacks” multiple 924(c) charges in one indictment.

On February 15, 2019, the Federal Bar Association’s Civil Rights Section presented its second bi-annual Civil Rights CLE, the Civil Rights Etouffee.  As the Chair of the Section, I both helped to organize the Etouffee and served as a moderator during a panel discussion of civil rights cases based on the overdetention of state prisoners (attorneys Emily Washington and William Most provided the substantive information regarding these types of cases).  With over 100 attendees coming to participate in the program, it was once again a sold-out success.  Here are some pictures from the event– please feel free to contact me if you are interested in attending the next Civil Rights Etouffee in New Orleans. 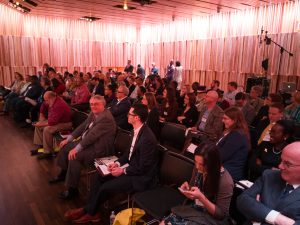 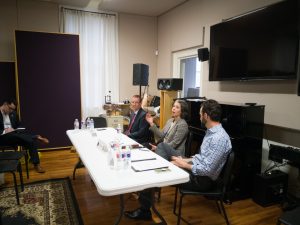 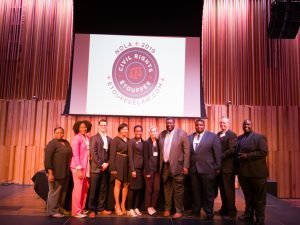 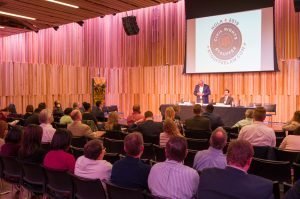 In December 2018, I was honored to speak on a panel of attorneys regarding prosecutions of public officials in Louisiana.  The panel was part of the Louisiana Association of Criminal Defense Lawyers’ annual Last Chance Seminar, and the other panelists were Catherine Maraist (Baton Rouge), John McLindon (Baton Rouge), and Elton Richey (Shreveport).  The discussion was guided by a Powerpoint presentation– which I’ve attached below– that I put together after brainstorming with the other panelists regarding common types of statutes used to prosecute public officials.  As is evident from the complexity of the statutes involved, defending these types of cases is difficult business, and the stakes are obviously quite high.  I think everyone who attended the presentation, including me, learned something new about how to successfully defend against these types of white-collar prosecutions.

In 2017, Louisiana embarked on a bold reform of its criminal justice system, dubbed the Louisiana Justice Reinvestment Act.  The new law made substantial changes to the criminal justice system in Louisiana, many of which will result in lessening of Louisiana’s notoriously high imprisonment rates.  Sentencing guidelines for many non-violent offenses were reduced, and there were substantial changes to Louisiana’s Habitual Offender Law.

There is an excellent guide to the Louisiana Justice Reinvestment Act available at the Louisiana State Bar’s website or by following the link below.

On November 6, 2018, in the case of Mount Lemmon Fire District v. Guido, the U.S. Supreme Court ruled that the Age Discrimination in Employment Act (ADEA) applies to state and local governments regardless of the number of employees they have.  This contrasts with private employers, who must have at least 20 employees to be covered under the ADEA.

The ADEA protects people from “arbitrary age discrimination” in employment.  In the Mount Lemmon case, a fire district faced with financial difficulties fired its two oldest firemen, age 46 and 54, who then brought the suit.  The district court ruled against the firemen, holding that the ADEA did not cover the fire district because it had less than 20 employees.  Now that the Supreme Court has reversed that ruling, the case is free to proceed to trial.

In Kingsley v. Hendrickson, 135 S. Ct. 2466 (2015), the Supreme Court held that a pretrial detainee may prevail on a § 1983 excessive force claim if he or she shows that the force used was objectively unreasonable, regardless of whether the officer had a subjective intent to cause the detainee harm.  In reaching this decision, the Court seemed to grant greater protection to pretrial detainees under the 14th Amendment’s Due Process Clause than is given to convicted prisoners under the Eighth Amendment, which still requires proof of a subjective intent to cause harm before a violation will be found.  Frankly, it’s hard to see how that shouldn’t be the case– a pretrial detainee is legally innocent of any charges, and so, as the Court noted, he or she can’t be subjected to any form of punishment.  That is unlike a convicted prisoner, who may be punished so long as the punishment is not “cruel and unusual” under the Eighth Amendment.

Noting some of the broad language in the Kingsley opinion, the Ninth Circuit has recently interpreted its holding to apply to all § 1983 claims brought by pretrial detainees, not just those founded on allegations of excessive force. Castro v. County of Los Angeles, 833 F.3d 1060 (9th Cir. 2016). Other circuits have yet to interpret Kingsley outside the excessive force context, but it is surely an issue percolating up through the federal court system. A circuit split could, of course, mean that the issue would be back in front of the Supreme Court. Given the narrow majority in Kingsley itself (it was a 5 to 4 decision), it will be interesting to see whether the case is read expansively or, instead, is cabined solely to the excessive-force context.

Currently pending in the Senate, the Sentencing Reform and Corrections Act of 2015 (S. 2123) could have far reaching, positive consequences for federal criminal law and the excessive incarceration rates in this country. The law was sponsored by Republican Senator Chuck Grassley, chairman of the Senate Judiciary Committee, and also enjoys the support of Senator Patrick Leahy, the ranking Democrat. The Act focuses on reforming 21 USC § 841, the primary federal drug law. If the Act becomes law, it would abolish mandatory life without parole for people with two prior drug convictions, replacing that penalty with a mandatory minimum 25 years for only certain offenders. That is huge— the threat of mandatory life is an extraordinarily powerful club federal prosecutors can use to pressure defendants in drug cases into taking plea deals they may not otherwise take.

The Act contains the following revisions to § 841:

 Limits the types of drug offenses that can be used to multiple bill an offender under 21 USC § 851. Instead of all prior drug felonies being predicates for a bill, the Act would limit a predicate offense to a “serious drug felony,” defined as a drug offense for which the defendant was actually imprisoned for 12 months or longer. (This change in the law would also be a huge step forward— currently, even simple possession offenses can be used to bill a defendant, thereby enhancing mandatory minimum penalties).

 Reduces the mandatory minimum for a second serious drug offense from 20 years to 15 years.

Additionally, the Act contains language that would make it retroactive, meaning that if someone is currently serving a term of imprisonment under the old law, then if the Act is passed, that person can apply to the Court for a reduction in their sentence.

Although the Act is currently stalled in the Senate, as is a similar law in the House, we can hope that the bills will move again after the current election season is over. Given the Act’s bipartisan support, I’m hopeful the Act will become law.

Defense attorneys and others sometimes lament the extraordinary breadth of federal conspiracy laws. These complaints are nothing new.  In his lecture on Industrial Conspiracies, Clarence Darrow quipped:

When they want a working man for anything excepting work they want him for conspiracy. And the greatest conspiracy that is possible for a working man to be guilty of is not to work— a conspiracy the other fellows are always guilty of  . . .  If any king or ruler wanted to get rid of someone, and that someone had not done anything, they indicted him for what he was thinking about; that is, for conspiracy; and under it they could prove anything that he ever said or did, and anything that anybody else ever said or did, to prove what he was thinking about; and therefore that he was guilty.

Darrow’s wit aside, federal conspiracy law can be shockingly broad. It allows the government to prosecute the agreement to commit a crime, not just the actual crime itself. To convict someone of a conspiracy, the government must prove nothing more than: (1) the existence of an unlawful agreement between two or more persons; (2) the defendant’s knowledge of the agreement; and (3) the defendant’s voluntary participation in the conspiracy.

Note what is not required— actual commission of the crime.  In a drug conspiracy case, for example, the government is not required to prove any particular defendant actually possessed illegal drugs. Instead, it only has to prove that two or more  people agreed to possess or sell illegal drugs, the defendant knew about the agreement, and the defendant did something to help or further the agreement.  Note also that the government does not have to show an actual, verbal agreement to commit a crime.  The “development and collocation of circumstances” (whatever that means, and I’d suggest it’s a fairly capacious phrase) can be enough.

Understandably, this broad definition of conspiracy can be hard to grasp at first. I often hear the complaint about “ghost drugs” in a conspiracy— the idea that someone can be punished just as much for an agreement to sell drugs as for selling the actual drugs themselves, even where no actual drugs were ever possessed, strikes a lot of people as fundamentally unfair. And it is undoubtedly the case that innocent people have been charged and convicted for conspiracies they were not guilty of.  That’s why it’s important to have an experienced lawyer on your side whenever federal conspiracy laws are involved.

For more information or a consultation, contact the Law Offices of Stephen Haedicke.