During Mr. Haedicke’s first year of law school, one of his professors asked each student to write on a sheet of paper why they wanted to become a lawyer. The professor gathered each of the sheets and held them until the class graduated. He then mailed them back to each student—a reminder of the values they once held but which they might have lost during the rigors of law school.

On his sheet Stephen wrote “I came to law school to learn how to fight power with justice.” It is ultimately that desire that led him to leave a large law firm and open his own practice, where he has the ability to pursue cases involving abuses of power against individuals. Mr. Haedicke has experience in section 1983 litigation—which involves the violation of constitutional rights by state actors—as well as employment discrimination. He also has substantial experience in Louisiana Public Records Act litigation, including on the recent Louisiana Supreme Court case In re: A Matter Under Investigation.  That case, which grew out of the murder prosecutions of a doctor and two nurses at Memorial Medical Center after Hurricane Katrina, established important new law regarding when police and prosecutor files must be disclosed to the public.

Do You Need a Civil Rights Defense Attorney?

If you or a loved one has been the victim of civil rights abuses, had your rights ignored by authorities or are interested in restoring your civil rights contact the Law Office of Stephen Haedicke for a free consultation. 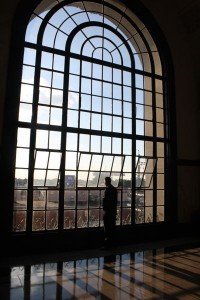