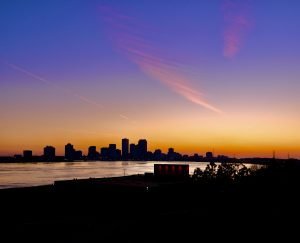 The so-called “war on drugs” has been terrible for this country.  Untold billions have been spent on the prosecuting people for drug crimes, such as drug trafficking and even simple drug possession, and the United States now has the highest rate of incarceration in the world.  Nearly 50% of those behind bars are there because of drug crimes. Police kick in doors, tap citizens’ phones, and make arrest after arrest— and yet rates of drug use remain relatively constant throughout. Like the prohibition of alcohol before it, the prohibition of drugs is proving a costly social experiment with no net benefit and a very real cost to the many people who find themselves on the wrong side of a drug crimes case.

There are alternatives to prohibition, which treat the very real problem of addiction for what it is– a medical rather than a criminal issue.  But until those alternatives are enacted, people will continue to be charged with drug crimes.

Have you been charged with drug possession or a federal drug crime in New Orleans?

Mr. Haedicke has extensive experience as a drug crimes lawyer in state and federal court.  He has represented people on drug possession charges, possession with intent charges, and drug trafficking charges in cases involving marijuana, cocaine, crack, methamphetamine, heroin and other Schedule 1 drugs.  As a drug defense lawyer, he has fought drug charges at trial and also gotten drug charges dismissed prior trial.  He frequently files motions raising Fourth Amendment search-and-seizure issues, and he is adept at challenging the government on drug conspiracy law, weapons charges, and civil forfeiture related to drug crimes.  When it’s the best decision, he has helped clients negotiate plea agreements that can keep the conviction off of a client’s permanent record.

If you or a loved one has been charged with a drug offense, contact criminal defense lawyer Stephen Haedicke for a free consultation regarding your case today.

Looking for answers to some common questions in drug crimes cases?

Should I get a lawyer for a drug possession case?

Yes, absolutely!  It is always important to get a lawyer when you have been charged with a crime.  There may be a way to get the charge dismissed or keep any conviction off your record.  A good lawyer should be able to explain all your options and defend your rights.

How do you win a drug possession case?

Of course, every client wants to win their case, but sometimes the path to victory isn’t obvious.  That is one reason why it is always extremely important to consult a lawyer when you’ve been charged with a crime.

While every case is different, there can be multiple ways to win a drug possession case.  The most straightforward is to challenge whether the defendant ever possessed the drug in the first place.  Such a defense can depend on showing that the police officer who made the arrest is wrong about something, or even lying.  It is also possible where multiple people may have had access to the illegal drugs, such as where the defendant was riding in a car with multiple people and the drugs are found under a seat.  In such situations, it may be possible to show that the defendant wasn’t aware of the drugs and so can’t be guilty of possessing them.

All is not lost even where you can’t dispute the defendant did possess the drugs.  Under the Fourth Amendment to the U.S. Constitution, it is illegal for the police to seize and search a person without a warrant or probable cause.  Mr. Haedicke has successfully gotten drug possession charges thrown out of court because police violated his client’s Fourth Amendment rights.

Finally, if all else fails, a successful negotiation of a favorable plea agreement can be a win in a drug possession case.  Often, it is possible to find a way to get the charges dismissed or to keep them off the client’s record through a plea agreement or other deal with the prosecutor.  Afterwards, it may be possible to expunge the case, meaning that it is sealed from public view.  For many clients, this can count as a win in a drug possession case.

What makes a drug case federal?

To answer this question takes some knowledge of the U.S. Constitution.  The Constitution created a federal system of government, which means that we have the government of the United States (the federal government), and the governments of the fifty states (e.g., the State of Louisiana).  Each government has its own set of laws when it comes to drugs.  That is why it is possible for marijuana to be legal in one state, but illegal in another.  The federal government also has its own set of laws on drugs (and marijuana is still a crime under federal law).

So, what makes a drug case federal?  On the most basic level, a federal case is simply one that has been brought in federal court by the United States government for violation of a federal law regarding drugs (or anything else).  In most federal drug cases, the defendant is charged with a violation of 21 U.S.C § 941, which prohibits manufacturing, distributing, or possessing with intent to distribute illegal drugs.  But, there are many other federal laws regulating drugs.  For example, the federal Drug Enforcement Agency regulates doctors who prescribe certain drugs.

The Constitution puts limits on the federal government’s powers, however.  Federal law cannot make something illegal unless it affects interstate commerce, that is, commerce between the states or with foreign countries.  If something is a purely local activity, then it is up to the states to enforce their own laws in the area.  Local criminal issues are generally left to the states to handle.  This is one reason why most drug crimes are prosecuted in state court.

But given that most drugs cross state or international borders, the federal government has broad powers to prosecute drug crimes.  On a practical level, the feds often bring charges against larger scale drug conspiracies, meaning groups of people who have started acting together to sell drugs on an on-going basis.  The feds also tend to try to charge higher-level, wholesale distributors of drugs.  Although these folks are often not real “kingpin” types, they are still usually in the center of a groups of people acting together to sell drugs.  Street-level dealers who work as part of the conspiracy are usually charged as well.

It is extremely important to hire a lawyer if you are charged with a drug crime in federal court.  One major difference between a state court case and federal case is how harsh federal drug sentencing laws can be.  Often, federal drug crimes carry mandatory minimum penalties of five years or more in prison.  A good lawyer is essential when facing the possibility of that kind of time.

If you or a loved one has been charged with a drug offense, contact Stephen Haedicke for a free consultation regarding your case today.