A “white-collar crime” is generally some type of fraud or embezzlement for financial gain. Typically, white collar crimes are non-violent, and they are often perpetrated by people occupying positions of professional prestige. The term “white collar crime” was actually coined in the 1930’s by an American sociologist, Edwin Sutherland, who used it to describe the types of crimes often committed by those he called “persons of respectability.” Some examples of white collar crimes are: 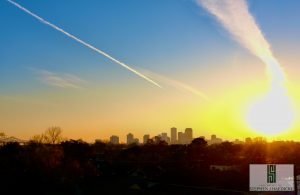 Because white collar criminal cases often involve complex facts that may be difficult for ordinary people to understand , it is important to have an experienced white-collar criminal defense lawyer on your side if you or someone you know is ever caught up in a situation involving allegations of white collar crime.

Most often, white collar cases are pursued by the federal government, which usually spends enormous amounts of time and effort investigating the case before charges are brought. Federal prosecutors will issue grand jury subpoenas to individuals and companies seeking records related to white collar crime, and the receipt of such a subpoena (often delivered to the target by an FBI agent) may be the first sign that an investigation into the target’s activities is on-going. Responding to such a subpoena can be a complicated, expensive, and time-consuming task.

Because a grand jury subpoena is part of the criminal process, it can be a separate crime (obstruction of justice) to fail to respond to it or to withhold documents. A white collar criminal defense lawyer can advise on how to avoid the pitfalls of responding to a grand jury subpoena while preserving any legitimate evidentiary privileges. A defense lawyer can also help communicate with the prosecutor and case agents in a way that protects the target’s Fifth Amendment right against self-incrimination.

There are times when an honest explanation of the facts, delivered through an experienced white collar defense lawyer who knows how to present them, can shut down any inquiries by the authorities. But of course that is not always the case, and if prosecutors decide to pursue white collar criminal charges, it is essential to have a good lawyer on your side at every stage of the process, up to and including trial or sentencing.

Mr. Haedicke has represented both companies and individuals in federal criminal investigations and prosecutions. His experience ranges from international corruption investigations to prosecutions for drug conspiracies, environmental crimes, and immigration and customs violations. He has helped clients respond to federal grand jury subpoenas and other federal directives requiring the production of documents, and he has successfully represented clients before a diverse selection of federal regulatory bodies.

Mr. Haedicke has also been selected as a member of the federal Criminal Justice Act Panel for the Eastern District of Louisiana.